The consumption of ginseng in Traditional Chinese Medicine (TCM) is believed to connote the supplement Jing Qi (Chinese: 精氣; essence and qi/vitality) as ginseng grows in a harsh, natural environment and takes the shape of a man's body. The conceptualization of "qi" is considered to be consumed more than consumption of the material itself. Long-lived wild ginseng, in particular, is deemed as anti-ageing. Due to the belief system of TCM, people think that wild ginseng is more powerful than its cultivated counterpart. This has caused illegal harvesting and led to wild ginseng becoming endangered in North America and East Asia. A serious conflict between ‘biodiversity’, contemporary thinking of ecological conservation and the cultural value of traditional Asian medicine arises. The Millennium Ginseng Project aims to find ways to resolve this complicated situation between global modernity and Asian tradition.

Artist Kuang-Yi Ku collaborated with scientists to design a series of new cultivated ginsengs which are conceptually and culturally much stronger than the wild version. This new ginseng will become a ‘hybrid-medicine’ combining western science and TCM. Based on the various applications of science and technology, this project has three parts: ‘Extreme Greenhouse’, ‘Moon Ginseng’ and ‘Time Machine Farm’
Extreme Greenhouse

Artist Kuang-Yi Ku collaborated with plant scientist Rashmi Sasidharan and Gerard van Buiten, the manager of Utrecht University’s botanical garden. Together they attempt to design an ‘Extreme Greenhouse’ providing an artificially created stressful environment, to mimic the native wild habitat of ginseng. In the ‘Extreme Greenhouse’, ginseng will be tortured by different extreme environments as it might occur in its natural environments.  The strongest ginsengs will be selected as the finalists. 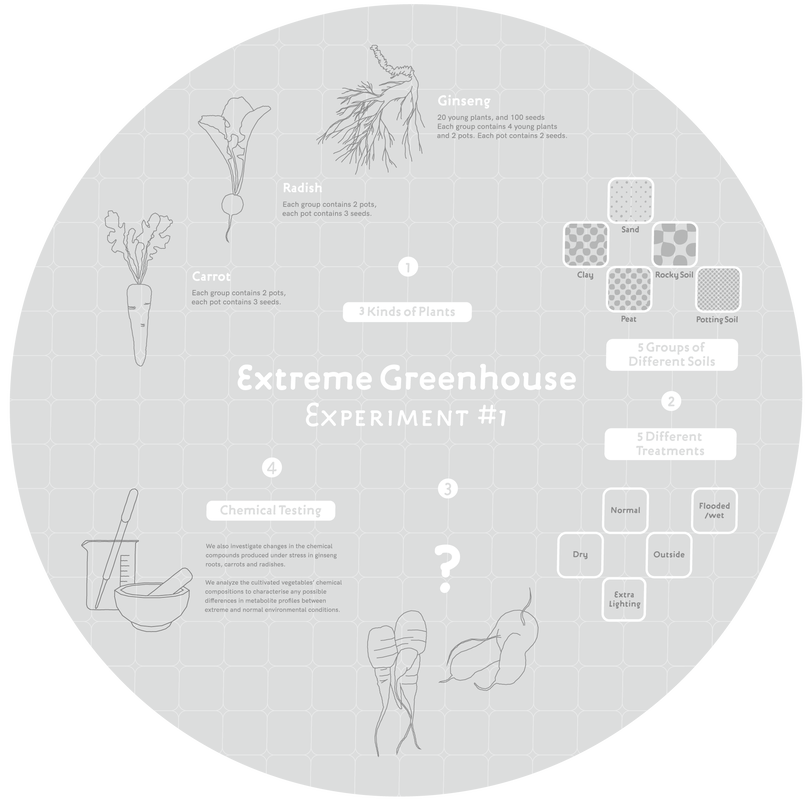