The project “Perverted Norm, Normal Pervert” attempts to draw inspiration from scientific research and explores the normality and abnormality of human and snail sexual activity. In this project, artist Kuang-Yi Ku collaborates with Dr. Joris M. Koene, assistant professor of animal ecology at the VU Amsterdam. Through the scientist’s research on the hermaphroditism of snails, the artist builds a series of art installation, transforming various sexual activities of human and snail into corresponding visual narratives. Through the juxtaposition of the two living creatures, the installations allow the viewers to reflect on the significance of “normality” and “abnormality.”
​
Project description

In the project, “Perverted Norm, Normal Pervert,” artist Kuang-Yi Ku collaborates with Dr. Joris M. Koene, assistant professor of animal ecology at the VU Amsterdam, the Netherlands. The scientist’s research demonstrates the “gender fluidity” of another species, which is the starting point of this project at some level. Scientist Joris’s expertise lies in the hermaphroditic reproduction strategies of snails, and he has a well-equipped breeding system for freshwater snails. Through the system, Joris M. Koene’s research has revealed various aspects of snail reproduction. From his research, we find that part of the nature in snail’s sexual activities, which are taken for granted, may seem abnormal in human society. However, the abnormal sexual activities in snail’s world become normal in the context of human society. That is to say, in this case, the definition and boundary of “normality” and “pervert” are fluctuating and unstable. Such “fluidity” reflects the affinities and differences among different species; in the meantime, such fluidity prompts us to rethink about the rigidity of human society’s perception of sex. In this project, Ku first focuses on four particularities of “sex” to compare and contrast the sexual activities between snails and humans, taking the scientist’s research as the basis, for the following visual art creations.
​
Credits

In some species of snails, individual snail obtains both male and female sex organs. When mating, the snails will penetrate their penises into their partner’s vagina and receive the other’s penis with their vagina. This is how most snails reproduce. However, in the human system, the two sex organs exist in two individuals. Most humans produce offspring through the sexual behavior between a male with a penis and a female with a vagina. While a very small number of individuals have two reproductive systems, which is known as “intersex.” Intersex people have characteristics of two biological sexes, unlike most human beings. Therefore, they may be considered “abnormal” in medical terms. Or, in society, they may receive prejudice of being considered “perverted.” In such a theme, the two forms of hermaphrodites may be considered “normal” and “perverted.” Thus, this visual narrative will run through the two phenomena and depict the hermaphrodites of the two species, blurring the boundary between “normality” and “pervert.”

II. Snail- Unisexuality & Human- Drag queen
According to scientists' research, a small percentage of snails stop functioning one sex organ and choose to become either female or male during mating. It is considered a rare and "abnormal" state in snails' world. However, in human society, drag queens imitate female gender states through dressing and make-ups and resume to the original male state at times. In other words, an individual who was originally of a single-gender entered a flowing state that enable themselves to switch between the two genders through the drag queen's culture. However, in human society, this phenomenon would be considered "abnormal" by conservatives. In this theme, by intertwining a series of the visual narratives of these two phenomena, the artist aims to blur the boundary between "normality" and "pervert." 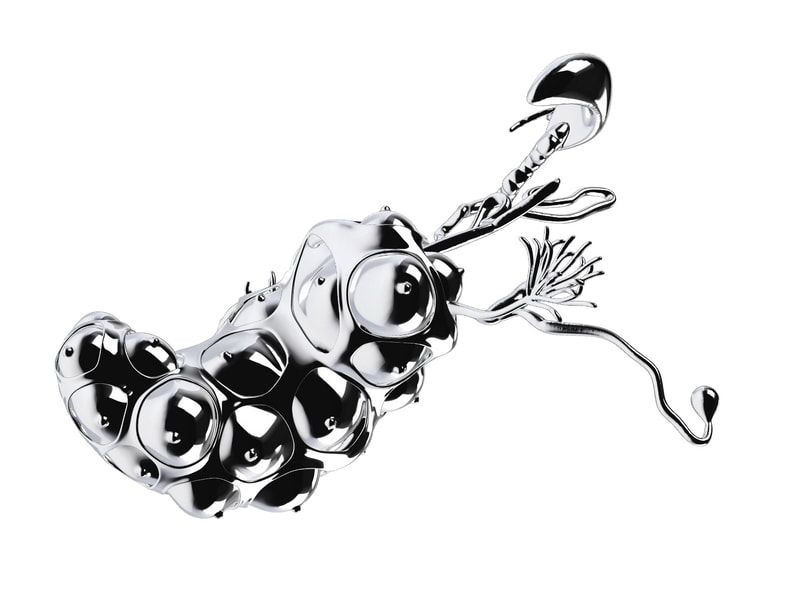 During mating, snails use their love dart to stab their partner’s body and secrete certain chemicals into their partner’s body to increase the chance of their sperm fertilizing the partner’s egg. Correspondingly, in the human society, there is also sadomasochism (BDSM) that causes pain to another person during sexual behavior. It is perfectly normal among snails to use love darts as an act during mating; however, sexual activity that involves painful sensations in human society is a sexual practice of the sexual minority and often stigmatized by mainstream culture. Therefore, this theme highlights the distinction between the two species and aims to reverse the stereotype about sadomasochistic activities by merging the two phenomena, increasing respect for sexual minority culture.
IV.   Snail- Self-propagation & Human- Human Clone

In scientist Joris M. Koene’s laboratory, a group of snails was put in quarantine individually from other snails for the rest of their lives and continue to reproduce offspring with themselves. Scientists have shown that some snails will engage such mating with themselves in extreme conditions, if without other mates. Such a phenomenon is similar to the “human clone”  found in science fiction and movies due to the recent development of biomedical technology. Through gene-related technology, humans may transplant their genes into an unfertilized egg and plant into the uterus. Baby born in this way will be the identical clone human. Such a technique is also known to be successfully applied to animals as “Dolly the Sheep.” Here, the contrast makes an interesting response that snails and humans are able to stay alone and replicate the offspring that are genetically identical to themselves. Both phenomena are rare and would be considered “abnormal.” Therefore, the artist attempts to reveal the existence of various minority culture in contemporary society and possible differences in other species through the two forms of “abnormality.” 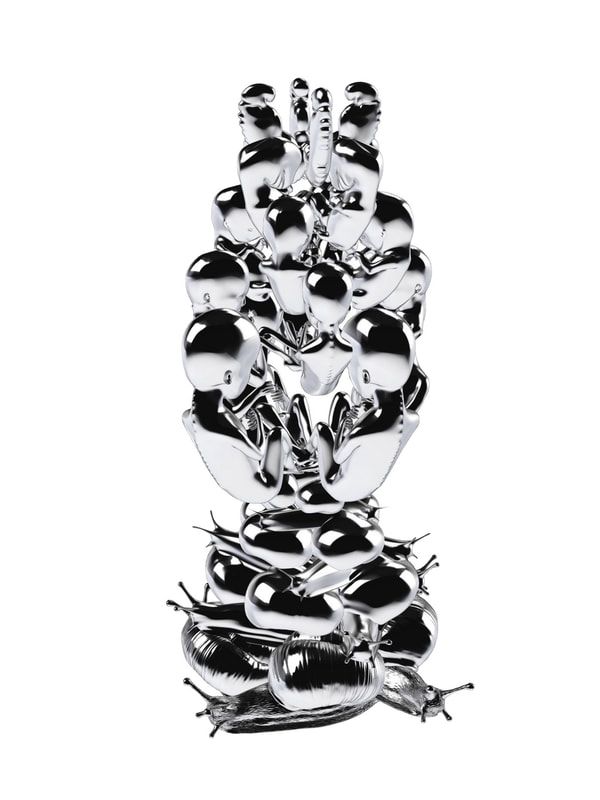