There are two purposes of this project: one is to extend the length of tongue, and the other is to change the texture of the tongue. There are also two parts to the project: the first part is a wearable device design and the second part is designing new oral surgeries for tongue elongation and tongue texture transformation. 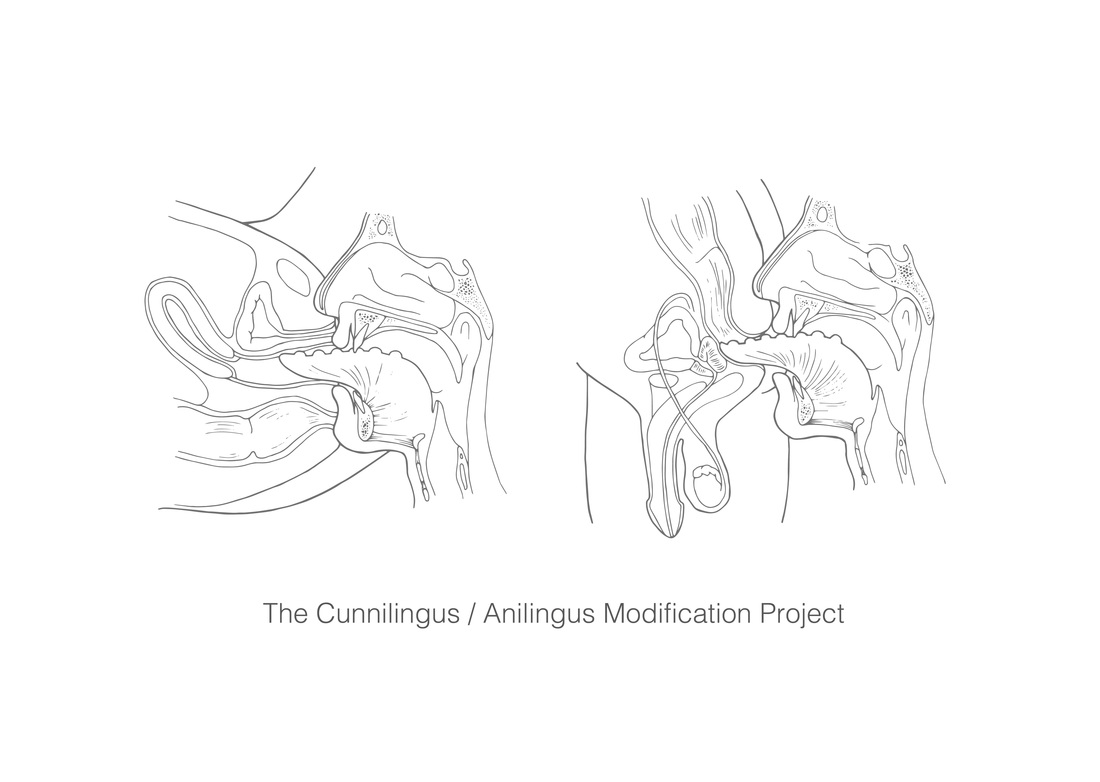 The purpose of this project is to conceptualise and design a prototype for a single-use, disposable wearable device that utilises a dental dam-like barrier in a hands-free, comfortable and convenient manner, to provide an attractive, intuitive and safe sexual device. Existing technologies, drawn on for inspiration include textured latex male condoms, facial masks and retractor-dams used in dental surgery. Ideas of femininity including the femme and lipstick lesbian visual identities are also considered for the aesthetic of the final product. 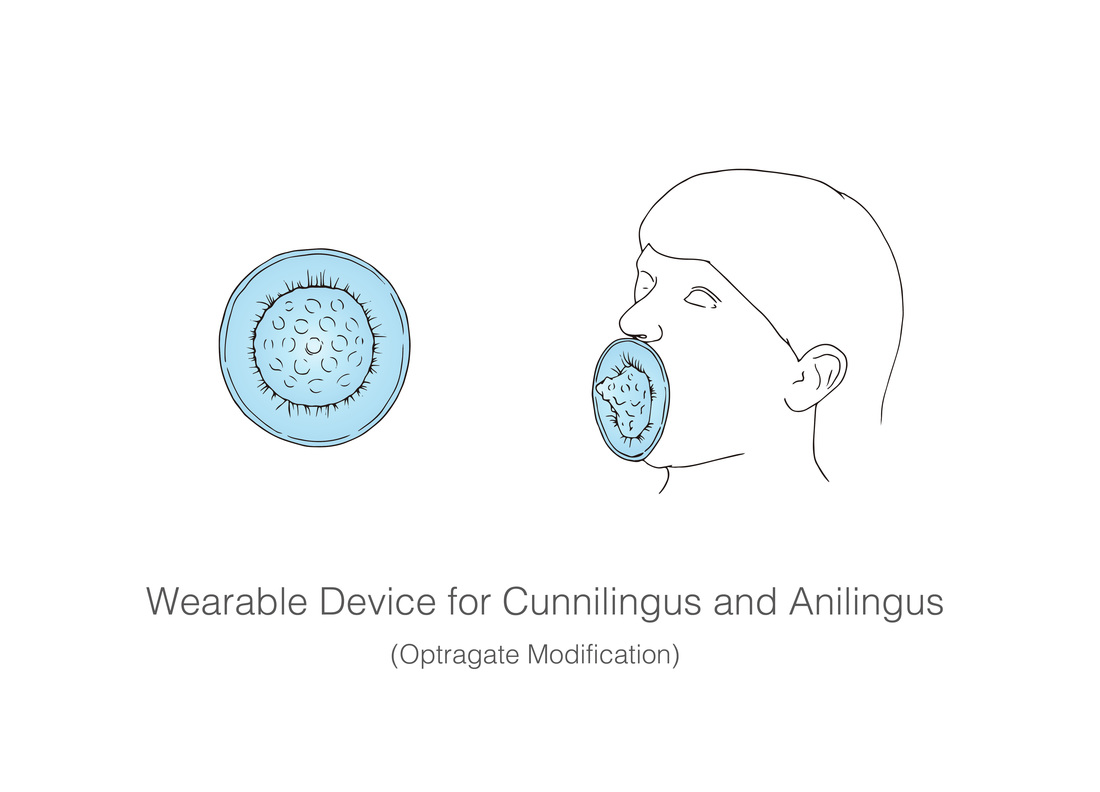 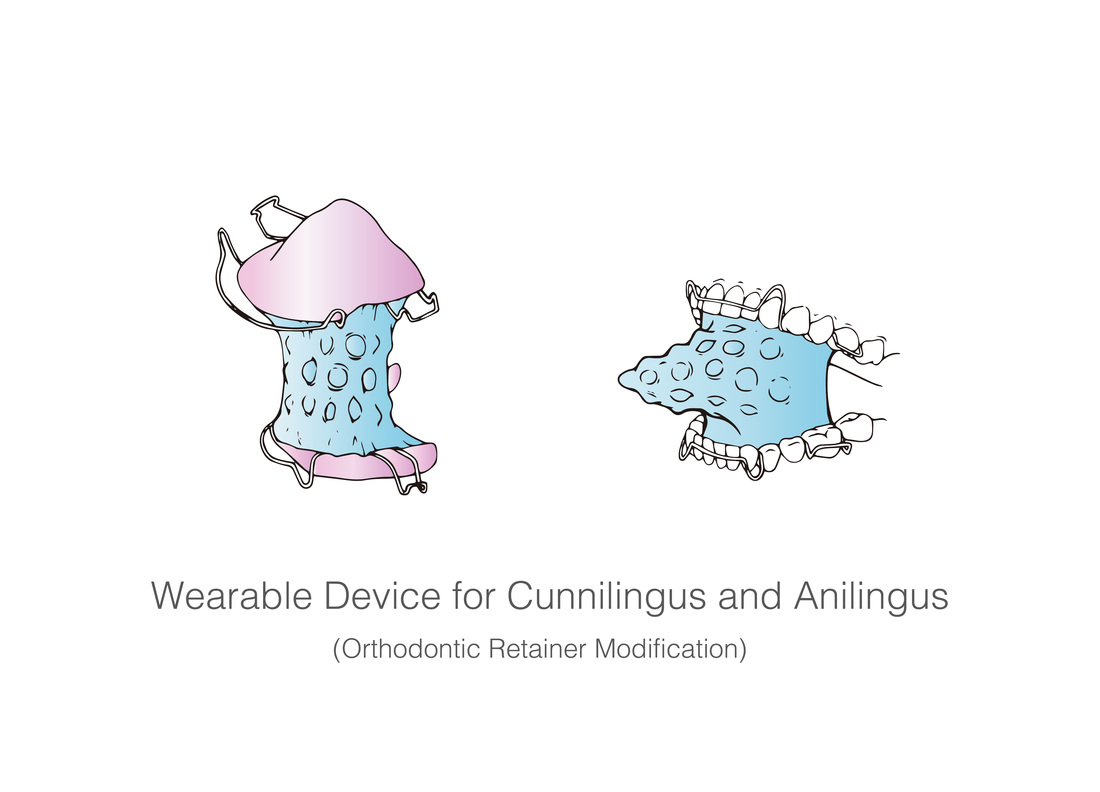 In that fictional scenario, for a group of people some dentists attempt to modify their tongue to more different textures and longer to approach the G-spot in the vagina and anus. In order to transform the texture of the tongue, a dentist or surgeon could surgically implant real embossed soft tissue constructed by tissue culture engineering onto the dorsal surface of the tongue of the patient, thus creating a permanent modification to the tongue structure and texture.
​
For the tongue elongation, several incisions would be performed on the dorsal side of tongue. After the surgery, the patients would wear a headgear device which would stretch the tongue. Following the process of wound closure and the controlled formation of scar tissue, the the tongue would then be increased in length. 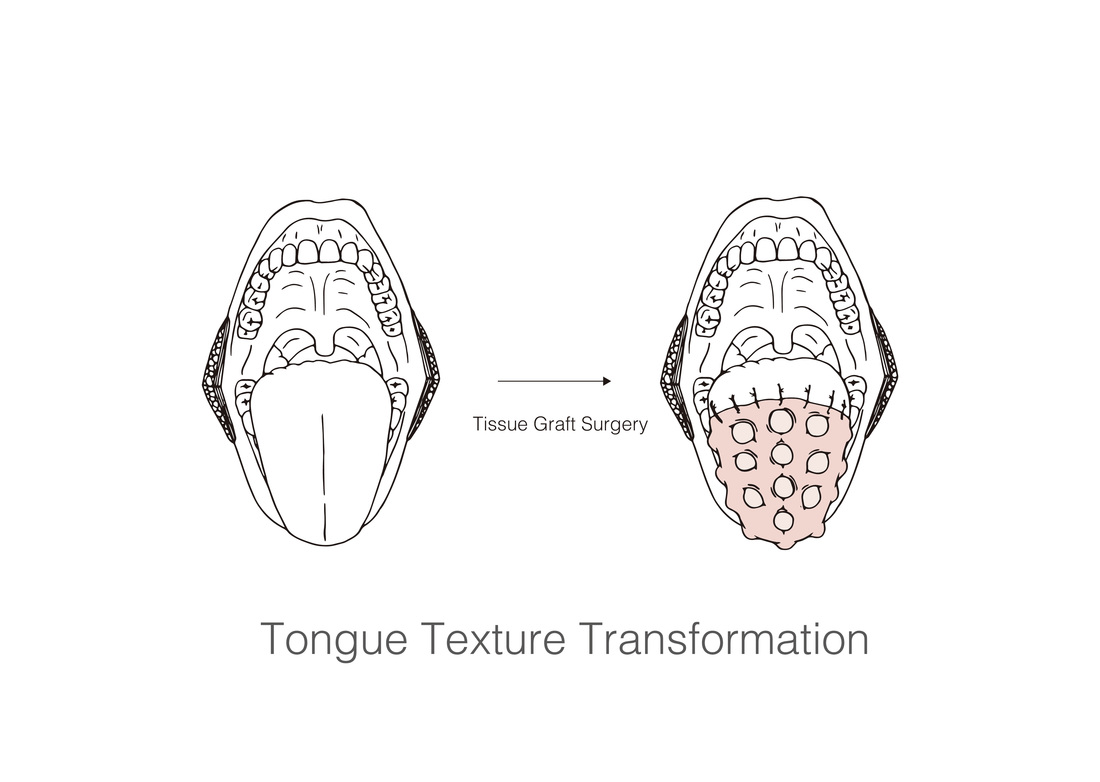 This Project was originally commissioned by Science Gallery London, and collaborated with Anisha Gupta and Carly Billing from King's College London.

Carly Billing:
Carly Billing is a 4th year dentistry student at King’s College London, with a special interest in orthodontics. As part of her undergraduate training, Carly completed a research project focusing on the mechanisms of functional devices used in orthodontic and orthognathic treatment.

For her collaboration with Science Gallery London’s #MOUTHY season, along with Kuang-Yi Ku and classmate Anisha Gupta, Carly will be exploring how existing technologies used in the treatment of dental and craniofacial disorders can be adapted to modify the mouth for the enhancement of female sexual pleasure.

Anisha Gupta:
Anisha Gupta is a 4th year dentistry student at King’s College London, who has a background in pharmaceutical and biomedical sciences. Anisha is particularly interested in how consumable personal care products, from cosmetics and toiletries, to body jewellery and prosthetic enhancements, are used in healthcare and self-expression of female identity.